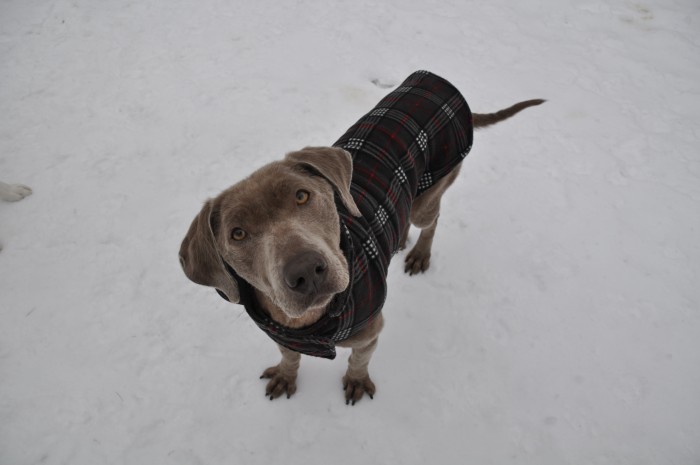 Lucy was adopted from Friends of Animals the day after Christmas in 2014. On Christmas eve, I was sitting on the couch scrolling through Facebook and came across this posting of a scared, very skinny, nearly bald (from poor nutrition and recently having a litter of pups), silver lab at the shelter. Her story broke my heart as she was used as a breeder dog and turned into the shelter in early December. Within hours we stopped to visit her on our way out of town to visit family. The sight of her just broke my heart and she just cowered when we reached out to pet her. As soon as the shelter opened the day after Christmas, we brought the other dogs to the shelter to meet her and an hour later she was on her way home with us. It has been a long road to bring this girl back to health and to build her confidence, but she has come such a LONG way. Lucy is now the “class clown” of our house and has become Faith’s tug partner and wrestling partner. Lucy has done a great job taking over Angie’s role and blind dog caretaker. Angie still “fills in” once in a while, but is content to sit back and watch the young dogs go at it!